Construction has started on the Opua waterfront of the first of three new buildings that will form part of the new-look, expanded Bay of Islands Marina. The new building will house apartments and the Marina Café and is scheduled to be complete by December this year.

The other two buildings planned for the development will comprise apartments and retail space. These will be built on land that is currently being reclaimed. Construction is expected to start on one of the two remaining buildings in May 2018 and be completed by May 2019.

The marina is being developed by Far North Holdings, the organisation responsible for managing and operating the commercial activities of the Far North District Council.

In addition to the new berths and marine-based infrastructure the expanded, new-look marina will feature a board-walk frontage and a landscaped recreational area. This will include seating, barbeques, a performance and entertainment stage and a play zone for children.

Far North Holdings’ chief executive Andy Nock said the plan was to transform the land-based part of the marina from the “rather sterile, industrial place it is at the moment” into a venue that people will enjoy and bring their families to.

“We want to turn this place into one of the main centres for our community. That’s good for everyone; the people who live and work here, the people who want to berth here, and the businesses who’ve set themselves up here,” Mr Nock said.

“We have staggered construction deliberately so as to avoid peak holiday periods and to minimise the impact on residents, business owners and others who use the boat-ramp and car parking. We have tried to ensure the least possible impact at any given time.

Mr Nock said he was aware of the squeeze on Opua waterfront parking created by the construction. Far North Holdings had created additional temporary parking to ensure there were as many spaces available as previously. And the company’s staff were parking off-site and pooling their travel into work.

“I am confident that the end result will be worth the disruption, not only for visitors to the marina but also for the wider Opua community as a whole,” Mr Nock said.

As part of the project Far North Holdings will be contributing to several development projects being promoted by the community. The Love Opua community development group has identified several new initiatives which are seen as important additions to the infrastructure of the town. The first project Far North Holdings hopes to start on is a fitness trail originally suggested by Opua School.

“This is a real example of co-ordinated planning by a diverse range of people and organisations in this terrific Opua community,” said Far North mayor John Carter. “Here we have a significant economic development project, the marina extension, being spearheaded by Far North Holdings and being tied into a communal vision of what the people of Opua want their town to become.” 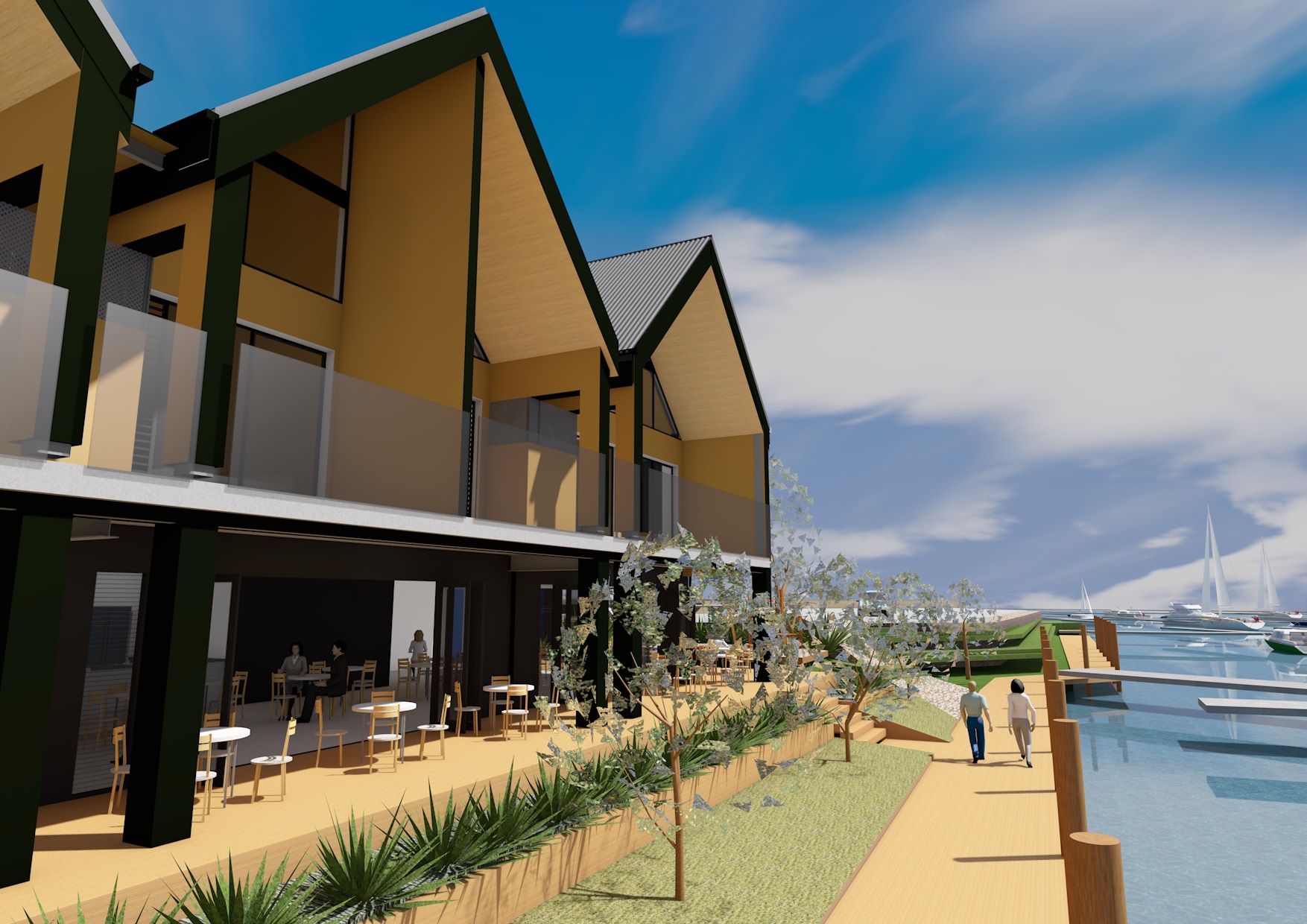 Change ahoy. An artist’s impression of the new-look marina building with landscaped boardwalk at Opua, a vastly different prospect to the current industrial buildings.

Note: High-res version of this image is available on request.

FNHL’s mandate includes the support and development of economic activity in the Far North.